Home > About Us > The Accompanist 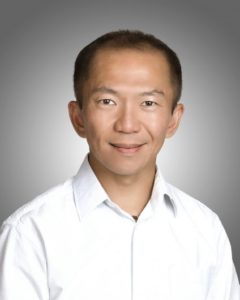 Thomas Yee from Newfoundland and Labrador, Canada, has won First Prizes in over 20 national and international competitions. Most recently, Dr. Yee earned an unprecedented distinction from his alma mater, Memorial University of Newfoundland: he was presented with the Horizon Award for Lifetime Achievement under the age of 35 for extraordinary professional, volunteer, and academic achievement. In 2016, Dr. Yee won the Lorin Hollander Prize (Professional Concerto Category) under the auspices of the American Prize.  Highlights of his career include winning top prizes at the Josef Hofmann International Piano Competition where he was also awarded a special prize for the best performance of the imposed piece, Ludmilla Kneskova International Piano Competition where he also won a special prize for best etude, Le Tremplin International (International Stepping Stone) where he also won a special prize for best contemporary work, Canadian Federation of Music Teachers Association Schubert Recital Competition, Concours de Musique du Canada, Young Artists Concert Tour Series Competition, and the Eastman-Hamamatsu Piano Competition among others.

Dr. Yee is Professor of Music and Associate Music Department Chair at the University of Hawaii at Manoa. He has also served on the faculty at the State University of New York at Buffalo. As a chamber musician he is a member of a faculty trio, Trio Xia, with flutist Dr. Frederick Lau and cellist Dr. I-Bei Lin. Trio Xia has completed two concert tours of Taiwan and one in Japan. He is also a member of Trio Benetri, with violinist Lynn Kuo and cellist Rafael Hoekman.

As a respected teacher, his students have won top prizes in international, national, state, and regional competitions, including five winners of the Honolulu Symphony Concerto Competition and two winners of From The Top’s Jack Kent Cooke Foundation Young Artist Award.

Dr. Yee has performed as guest soloist with orchestras throughout Canada and the United States and has performed extensively as soloist, chamber musician, and collaborative artist. He was Guest Artist and Juror at the Besparmak International Piano Competition and Festival in Cyprus. Notable past engagements included a performance of George Gershwin’s Rhapsody in Blue with the Honolulu Symphony and the Tchaikovsky Concerto with the UH Symphony Orchestra. Recent engagements include a performance of Liszt’s Totentanz with the UH Band, Grieg Concerto in A minor with the Hawai’i Youth Symphony, Tchaikovsky Concerto No. 1 with the Newfoundland Symphony Orchestra, Gershwin’s Rhapsody in Blue with the Hawaii Pacific University Orchestra, Beethoven’s Choral Fantasy with the Oahu Choral Society,  Beethoven’s Triple Concerto with the Newfoundland Symphony Orchestra, a concert tour of China, and Taiwan. Dr. Yee has received generous financial assistance from the Liberace Foundation, Canada Council, Newfoundland and Labrador Arts Council, University of Hawai’i Research Council, and the College of Arts and Humanities